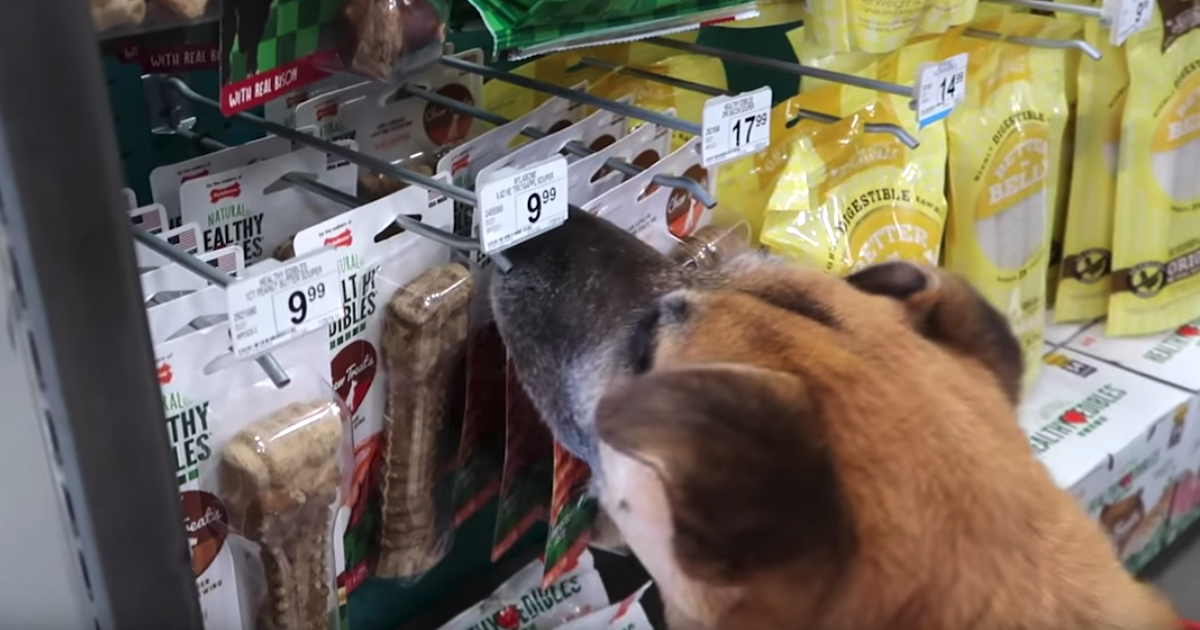 King is a 12-year-old dog was originally abandoned on the streets and hit by a car and lost a leg, its been a rough life. He’s doing well know, but, one day, Rocky Kanaka, the TV host for Dog’s Day Out, heard about King’s story and decided to do something special. He decided to take King to a pet store to buy the pup anything and everything he touches! King just needs his forever home, but first a doggy needs a shopping spree fit for a King!

So Rocky heads to the local Petco with King with the intention of buying the dog literally everything he touches. And this is a dog who’s never been in a pet store before and probably never seen a toy, so to say he was excited is an understatement!

Rocky said he’d buy the dog anything he touched, and he meant anything. Even that giant cat tower! What a wonderful thing to do for a dog in need. See the video in full below — it’s the best!