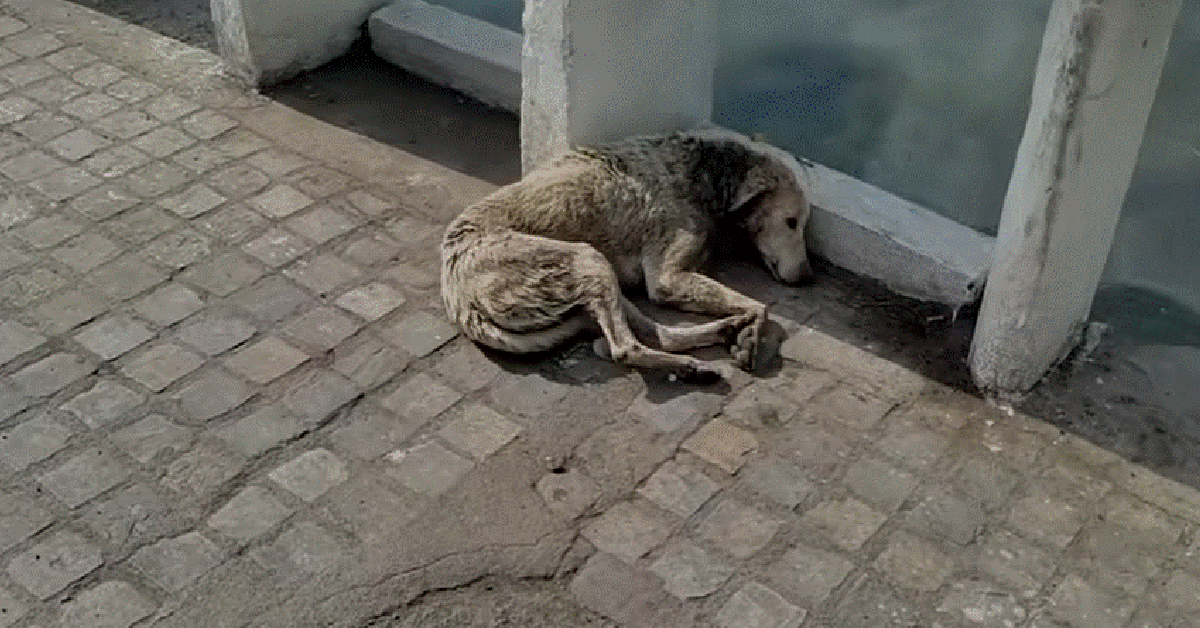 The poor stray had collapsed on the street from exhaustion and medical trauma when rescuers ended up finding him.

When dogs live as strays on the streets, they have a lot of different challenges to overcome. For a start, they don’t know where their next meal is going to come from, so they’re always on the lookout for food.

They often have to improvise their shelter when it comes to finding somewhere safe to sleep. And, of course, they are at the mercy of whatever medical emergencies may arise.

Something as simple as a cut could end up making them suffer or die because they have no access to medical care.

One stray dog was on the brink of death after suffering a giant neck wound when help finally arrived. The poor thing had collapsed on the street from exhaustion and medical trauma when rescuers ended up finding him.

The good people of Animal Aid Unlimited were on the case, determined to bring him back from the threshold of death. The rescuers worked quickly but gently to get him comfortable before they lifted him and carried him into a vehicle for transport to their center.

Once in a place of safety, the dog was given a medical evaluation. He was given much-needed pain relief, and his wound was meticulously cleaned and set.

Once it looked like he would pull through, it was time to start the healing journey. He was in for a long road to recovery, but there were some good signs of progress along the way.

At first, they had to feed him by a syringe because he was too weak. But then by the following day, he was able to feed himself! And by the ninth day, the wound was looking so much better!

Watch the rescue in the video below:

WARNING: The following video contains graphic images that may be disturbing to some viewers.