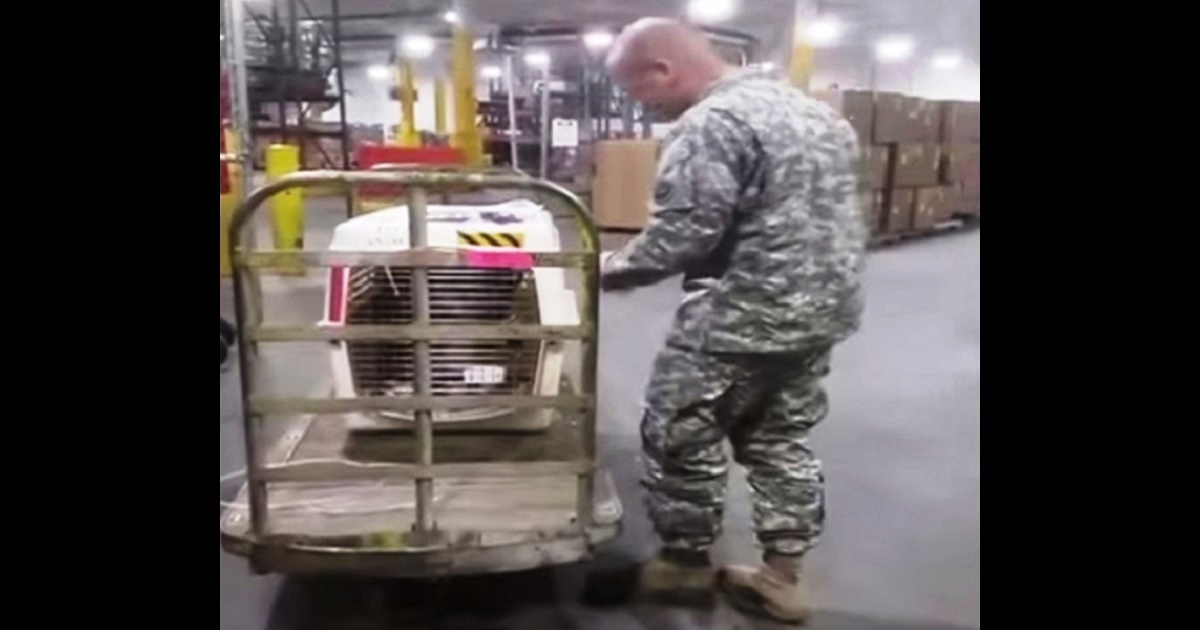 We thank every person who made this emotional reunion happen. We can never thank our soldiers enough for what they do!

When U.S. Army Specialist Henry Alvarado swore to protect his country, he knew he had to sacrifice a lot. Over the course of many deployments, Henry had lost his beloved grandparents and he wasn’t even able to bid them goodbye. But his loyal German Shepherd, Dukey, always comforted him.

After one such deployment, Henry returned home with Dukey and began preparing to move to Los Angeles. But unfortunately, Dukey got hit by a car and he needed very expensive surgery to survive.

Henry frantically tried to set Dukey’s surgery in motion, but the soldier wasn’t able to accumulate enough funds. Soon, he got a deployment call to Alaska and had to report to duty immediately. As flights wouldn’t allow a sick dog onboard, Henry was forced to leave his dog behind in this uncertain situation.

When the staff at “Rescue From The Hart” learned about Dukey and Henry’s helpless plight, they decided to organize a fundraiser for the dog’s surgery. People from all over the world were moved by this heart-wrenching story, and they chipped in to raise enough money for Dukey’s surgery!

In this video, Dukey is all healed as he arrives in Alaska after months to be with his dad again. The soldier receives news about the crate, and he anxiously marches to the airport while hoping for the best. When Dukey finally walks out of the crate, he jumps to Henry and melts in his arms. The relieved pair can hardly hold back their tears as they hug each other tight!

We thank every person who made this emotional reunion happen. We can never thank our soldiers enough for what they do!

Click the video below to watch Henry and Dukey’s tearful reunion after months of uncertainty!