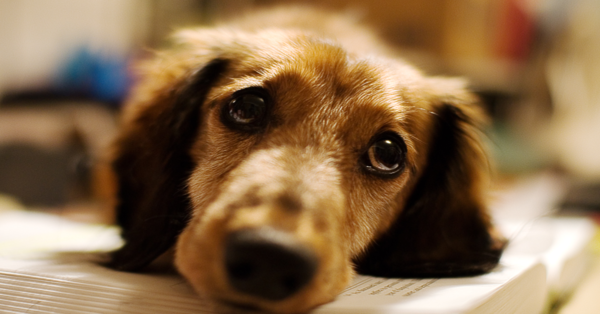 Rescuers were worried that the mama dog would be killed like her puppies if she wasn’t taken from the streets.

A mother dog was given a chance to hope and love again after a cruel man murdered her litter of puppies.

The incident occurred in a village, where the mama dog, Laska, lived. She was a stray but spent most of her time near the home of a deaf, mute man.

Unfortunately, that man was unhappy to see Laska had puppies. He didn’t want all of those dogs around, but instead of calling someone to rescue them, he murdered them instead.

The man’s neighbor described him as being a “mentally sick person,” which he’d really have to be to do such a horrible thing.

A woman in the village, Alina, feeds the stray dogs and discovered the horrible thing the man had done. She was worried that the same fate would befall the mama dog if she wasn’t rescued soon enough, so she called rescuers with Love Furry Friends.

The rescuers immediately drove to the area the mama dog lived and discovered her on the street, heartbroken about losing her puppies.

With Alina’s help, they were able to gain her trust just enough to capture her and take her to the veterinarian. After getting a bath and proper grooming, she was fixed, vaccinated, and treated for parasites.

They were able to put Laska in a tub with some rescued puppies who had lost their mom, and she happily accepted the pups as family. It seemed to comfort her having the little dogs nearby after she’d just lost her own.

Laska took a little while to warm up to humans and gain her spirit back, but eventually, her personality began to shine through.

She was able to find a loving forever home with someone who will give her all of the love and care she needs for the rest of her days.