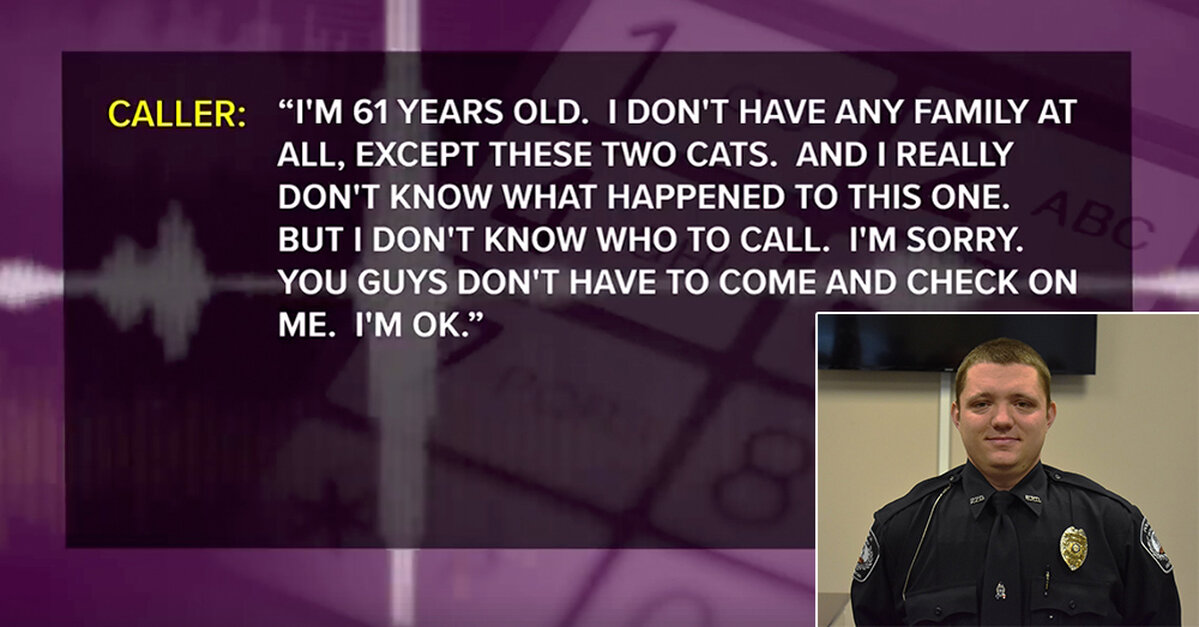 The woman had no family or friends to help her out.

A police officer in Rome, Georgia is setting a high standard for public service after helping an elderly woman bury her dead cat.

The woman called 911 when she found her cat dead. She wasn’t sure what to do with the body, and thought emergency services might be able to help.

“I’m 61 years old,” the woman said on the call. “I don’t have any family at all, except these two cats, and I really don’t know what happened to this one.

The dispatcher responded with sincerity.

Rome Police Officer Dylan Wright responded to the call and found the woman was living alone, with no friends or family to help her. Not about to give her advice and leave, Officer Wright purchased a shovel at the nearest Walmart and returned to the woman’s home.

In her backyard, he dug a small hole, and buried the dead cat. The elderly woman’s fears were consoled, and her furry friend was laid to rest.

The next time you find yourself in Rome, Georgia, be sure check out the Martha Berry Museum, the Clock Tower, and the Rome Symphony Orchestra, the oldest in the southern U.S. And, if you happen to see Officer Wright, thank him for proving that cops, too, can be compassionate.

“We commend Officer Dylan Wright who was recently dispatched to respond to an elderly female calling 911 who was very distraught over finding her cat deceased when she came home,” reads a note posted to the Rome Georgia Facebook page posted. “She told the 911 operator she had no idea of what to do with her cat.

“Dylan responded to the location offering comfort to the woman and realized the female lived alone and apparently had no immediate family. He left the location and went to Walmart and bought a shovel with his own money, then returned to the home where he dug a hole and buried the ladies’ cat for her.”

“His actions speak volumes to his character; having enough compassion and commitment to help ease the burden of someone he just met! Thank you Dylan Wright for your commitment to public service!”