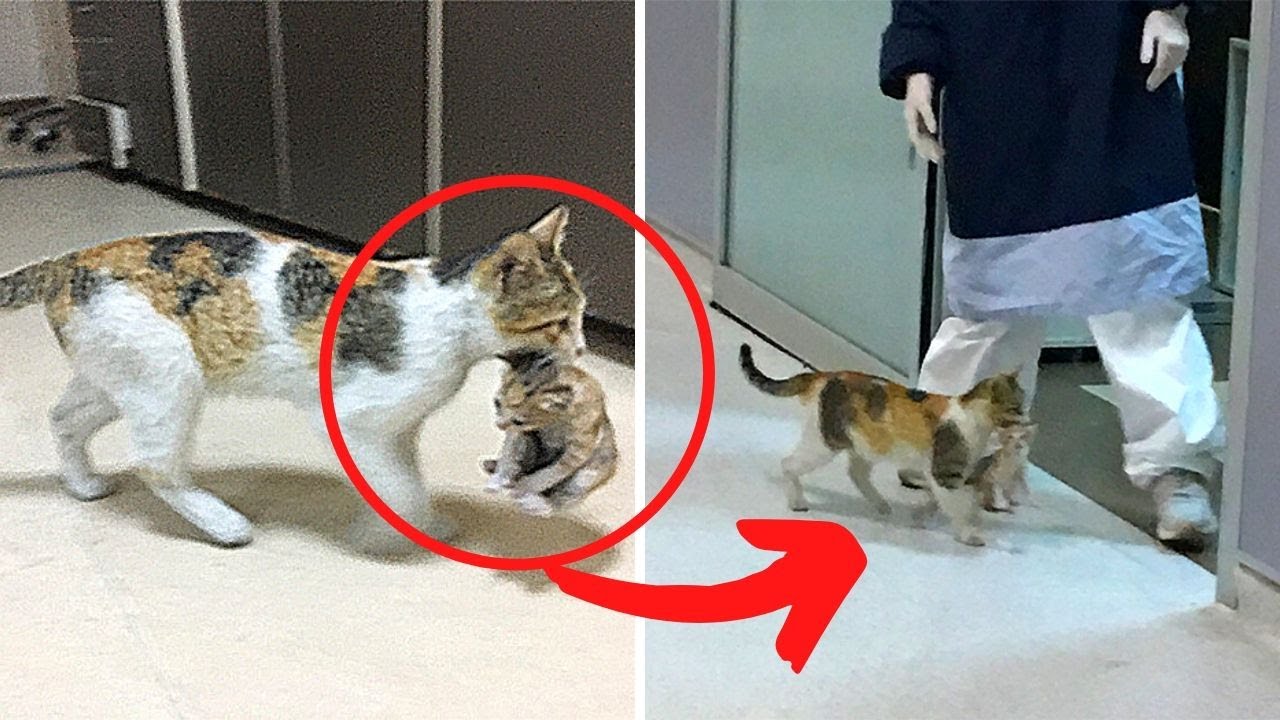 The feral cat did an amazing job calling for help in an emergency.

There is no love in this world that is greater than a mother’s love. This truth even extends down to the animal kingdom. We often get it wrong, thinking that animals don’t have the same emotions that we do. But if you look closely, it’s clear that animals are quite capable of forming intense familial bonds with one another – and that was perfectly exemplified by one cat.

A mother cat in Istanbul, Turkey, showed she was willing to move heaven and earth for her sick kitten after she brought her ailing kitten to an emergency room. While it was a human hospital, workers there were still more than happy to accommodate the concerned mother cat and her kitten.

Merve Özcan took some photos of the mother cat approaching paramedics in an effort to get them to pay attention and help her kitten. While it was sad that the little kitten was ill, it was still very impressive that the mother cat knew exactly where to go to try and get help. According to Bored Panda, while hospital staff did what they could to help the kitten, the mother stood to the side and watched as the humans did their thing.

Hospital staff cared for the mother cat as well, feeding her and bringing her a bit of milk while she waited for her baby. As Bored Panda shared, “The Turks have long been known for their love and care for stray animals, with many leaving out food and water for them on the streets.”

Given their care and compassion for stray animals, it was guaranteed that once the medical staff saw the mother cat and baby, they were willing to help. And once they established that nothing serious was wrong with the kitten, they transported both mom and baby to a vet for proper care.

The pictures of the cat and kitten quickly went viral as the Turkish media covered the story. On Reddit, the post received tons of likes and comments, with many commenting that care towards the stray animals is very common in Turkey.

According to one Redditor, “Dogs and cats are taken in to be vaccinated, neutered and earmarked before being let out on the streets again.”

While we love hearing that the strays in Turkey are lovingly cared for by the country’s people, we really want to know what happened to the mom and cat. Unfortunately, it is not clear how things ended for these two, but given how well Turkey cares for stray animals, we can only hope that the kitten got the care they needed.

Still, it is so moving to see how mothers of all species do everything they can to help their babies when they’re not feeling well. What do you think of the mother cat and baby? Let us know!