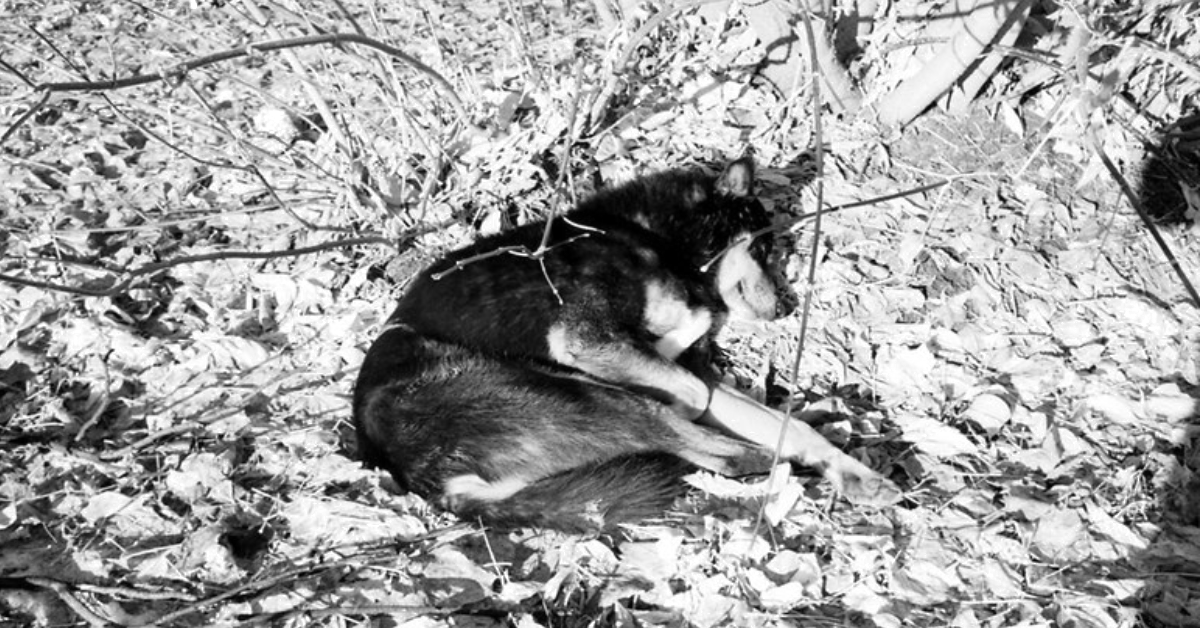 When dogs run away from home, rescuers usually have a goal of ensuring the animal is safe and finding its owner. But for Saiga’s rescuers, they wanted nothing more for him to be free from his home forever.

When dogs run away from home, rescuers usually have a goal of ensuring the animal is safe and finding its owner. But for Saiga’s rescuers, they wanted nothing more for him to be free from his home forever.

Saiga spent 15 years of life chained up in a small space. He was severely neglected, not getting enough exercise or attention, and it was the only life he’d known.

When the dog’s health started to deteriorate, his owner removed his chain – likely assuming he would continue to lie there, too sick to move. However, the dog immediately ran away and found a new spot to lie down, a spot far from his dreadful owner and “home.”

When rescuers found the poor senior dog, they knew he needed help immediately. It was cold and it seemed the dog had been on its own for a week before help arrived.

One of the rescuers, Olga, helped get Saiga to the veterinarian for care and they shared a photo of him on social media. The photo captured the attention of the dog’s owner, and he called to ask for the dog back!

Of course, Olga and the others wouldn’t be able to sleep at night knowing the precious Saiga was back with the owner that caused him so much suffering for years. So, they kept the dog and decided to do everything in their power to give him the best golden days of his life.

At 15 years old, Saiga was nearing the end of his life when Olga found him. He was riddled with health issues and couldn’t even stand on his own. While some rescuers would’ve chosen to euthanize the poor dog, Olga wanted Saiga to experience joy and love in his life before he passed away. She thought he had a little fight left in him, and she was right!

It took a lot of therapy and care, but Saiga slowly gained enough strength to stand on his own. Then, his hair started growing back in spots he was bald. Eventually, he was walking all on his own!

Saiga stayed with Olga, and the two are doing better than ever a whole year later!

The now 16-year-old Saiga is getting to meet new friends, experience new sights, and really live a full life for the first time. His transformation is truly beautiful and inspiring. Check out the video below: