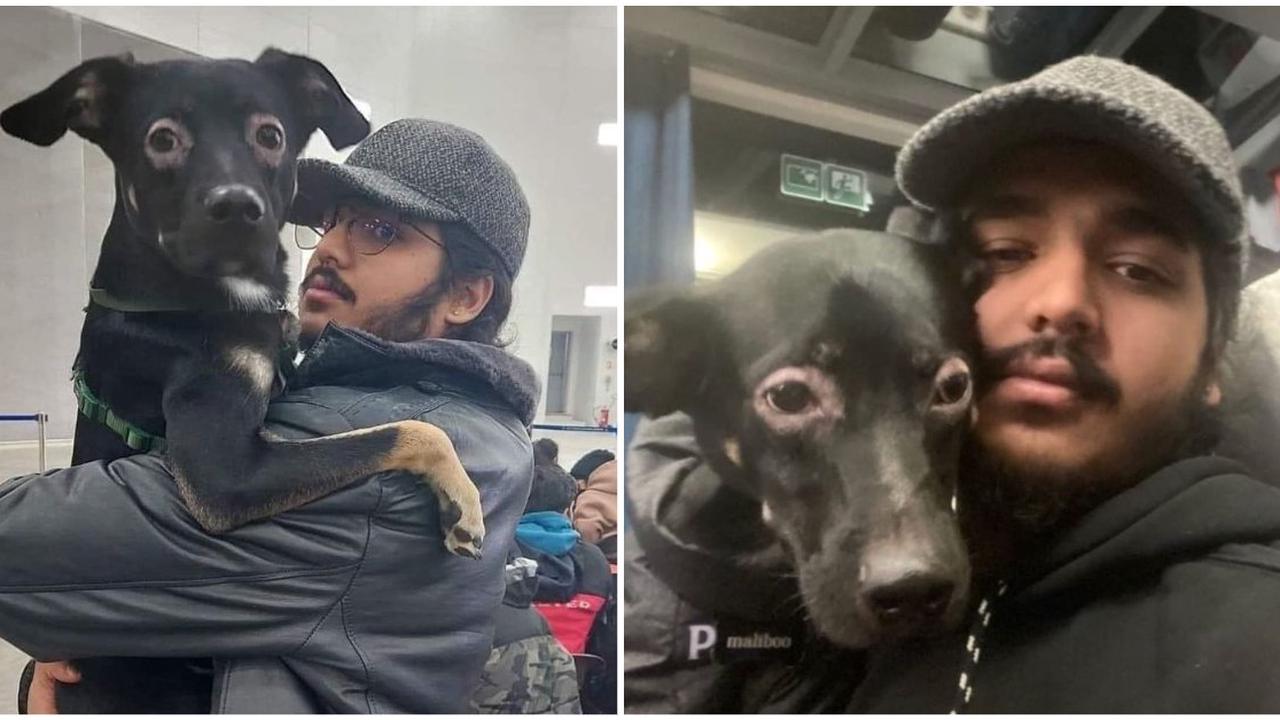 He is willing to choose to stay in war-torn Ukraine instead of leaving the dog behind.

The escalating invasion by Russian forces has made the country a very dangerous place for Ukrainians, and countless people have been fleeing their home country — and yet, despite everything, people still make their beloved pets a priority, refusing to leave them behind despite all the obstacles.

Like one student, who stayed in Ukraine after he couldn’t take his rescue dog out of the country with him. But after asking for help, this man and his beloved pet have now reached safety.

According to India Times, Rishabh Kaushik is a third-year engineering student at the Kharkiv National University of Radio Electronics in east Ukraine. As Russian troops invaded, he tried to flee to India, but couldn’t secure passage for his rescue puppy, Malibu.

He says Indian authorities kept “asking for more and more documents” that were impossible to get. Faced with the decision to either escape the war-torn country on his own or stay behind with his dog, he chose his dog.

“I decided then that if my dog can’t leave, I won’t either,” he told India Times. “I know that there is risk in staying on but I can’t just abandon him. Who will take care of him if I go?”

Rishabh ended up “stuck” in Ukraine, and sheltered with his puppy in a bunker in Kyiv. He says Malibu cried a lot, frightened of the bombing going on outside.

Things seemed hopeless and he received little help or contact from authorities. But he continued to put out appeals, pleading with the Indian government to give him and Malibu permission to fly out of the country.

“If you can, please help us. Even the Indian embassy in Kyiv is not helping us out. We don’t have updates from anyone,” he said.

Eventually, his story and his pleas for help reached the animal advocacy group PETA. According to ANI, the group appealed to the Indian government, asking them to allow people to take their pets on flights.

In response, the Government of India reportedly issued a “one-time relaxation measure” that would allow Indians fleeing Ukraine to take their pets with them.

“There was a lot of documentation in India, the procedure was long. But in war-like situations, they should’ve allowed their own citizens. So, I had put up the appeal,” Rishabh told ANI. “A memorandum had come recently which stated that pets and even strays are now being allowed without [a no objection certificate].”

According to ANI, Rishabh and Malibu were among the 219 Indian nationals who flew from Hungary to Delhi, in a special flight to evacuate them from Ukraine.

Dogs are like family, and we’re always inspired to see people refusing to give up on their pets, even in drastic situations like this.

We’re so glad Rishabh and Malibu have finally made it to safety! Share this great news!

Please SHARE this article with your friends and family…!