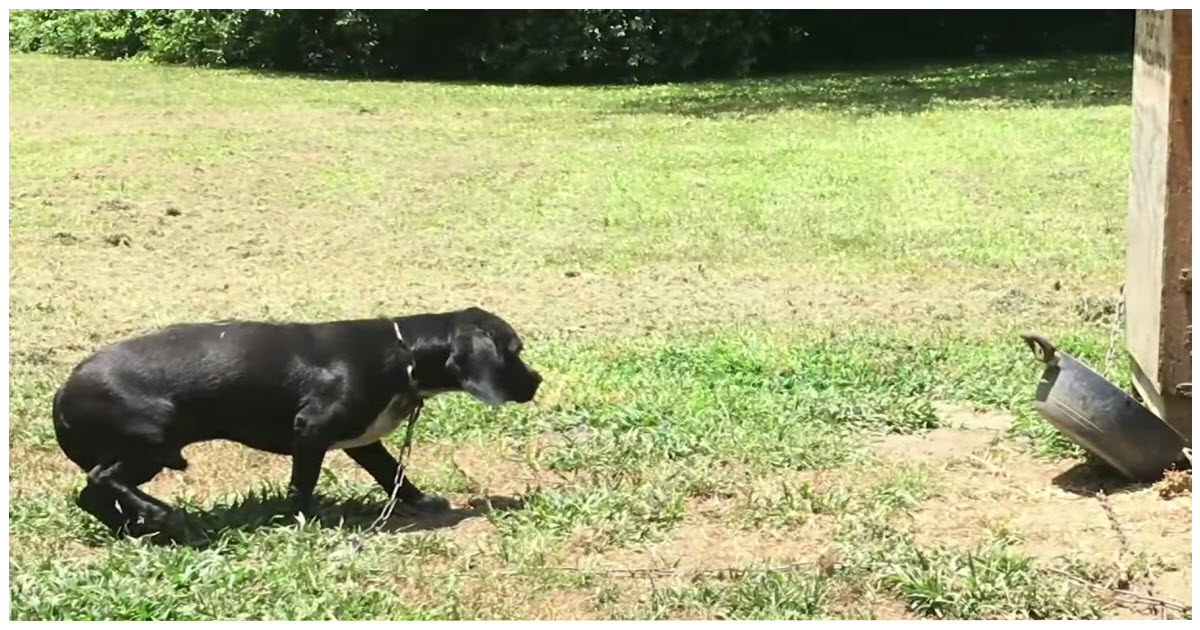 At the moment his new mom sees him, we double-dog dare you not to cry!

Living outside on a chain 24/7 is not the life for any animal, especially an innocent dog. Poor Buster the dog was tied to a chain outside that was so tight, the collar cut into his neck.

Each day, Buster wondered if he would get food, and no matter what, he was unable to run free like other dogs.

Luckily, PETA (People for the Ethical Treatment for Animals) discovered Buster and talked to his owners. They agreed to give him up so PETA could find him a better home.

He received medical help for several issues, a much-needed bath, and lots of love. Despite his past, he was a kind and loving dog.

PETA found a new home for Buster, and the day he went to his mom is a day that melted hearts. Thankfully, the exact moment his new mom saw him was captured on video.

Along with a warm place to live, food, and plenty of exercises, Buster has found the happy home he so very much deserves. Press play to watch the touching video below.