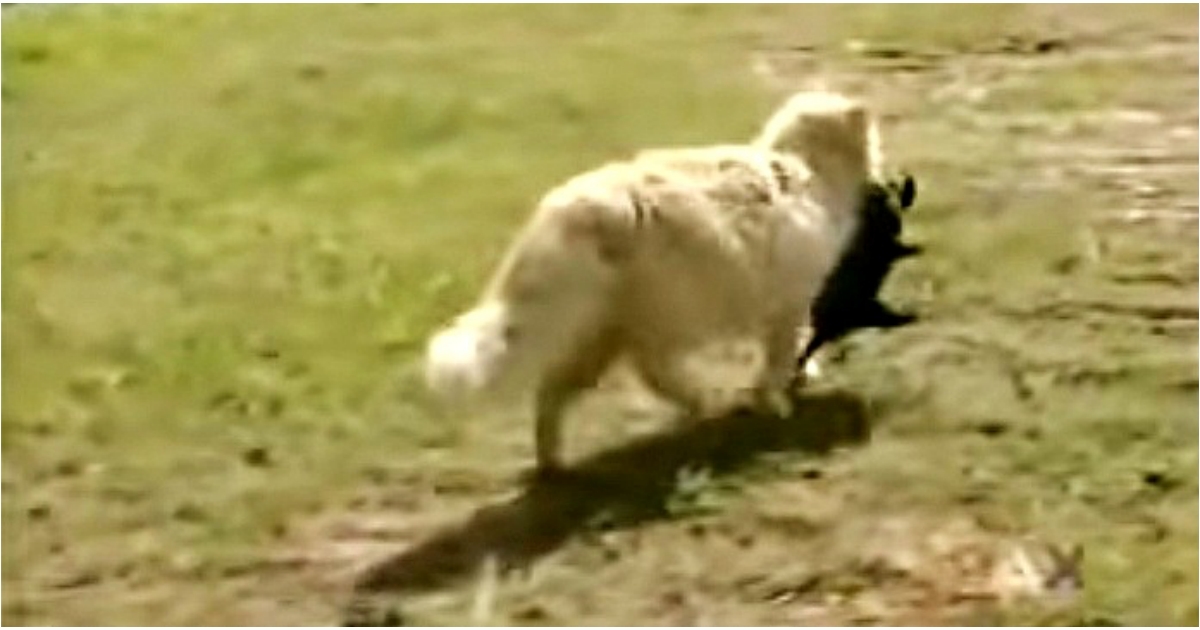 The cat kept coming back and taking the puppies by mouth until all 5 babies were with her. The dog’s owner was scratching her head but decided to follow her anyway.

In South Carolina, a group of neighbors was in disbelief when they saw a cat carrying a puppy in her mouth from one end of the trailer park to the other. The locals noticed that the neighbor’s cat, Miss Kitty, would grab a puppy from the litter and carry it off. But why?

Everyone was in total disbelief. They were understandably unsure why the cat was behaving this way. The mama dog’s owner, Missy Grant, was contacted and came home immediately to see what was going on. She said that her dog, Smoochy, was now missing 5 puppies!

Missy tried to track down the babies. She finally found them in the cat’s favorite spot by her trailer. But why had the cat taken them? She sat down with Miss Kitty’s owner to have a chat. While Miss Kitty and the mama dog knew one another and seemingly got along from a distance, there was no way she was stealing these puppies out of spite.

Miss Kitty’s owners explained that the cat had been pregnant herself. They noticed her behavior was a bit off and took her to the vet. He too confirmed what they had suspected. The cat was expecting her first and only litter.

They prepared Miss Kitty to give birth. The cat seemed to accept motherhood gracefully. She was such a warrior while giving birth too! As each kitten was born, she bathed them one by one and snuggled them tight. But her love for her babies couldn’t keep them healthy. Each tiny kitten passed away and no one was sure why. Miss Kitty was understandably devastated.

As the video below states, “Miss Kitty’s world was shattered. She was completely lost in her grief.” As if fate intervened, Smoochy gave birth to a litter of Cocker Spaniel puppies only days after Miss Kitty’s tragic loss. And even though Miss Kitty and Smoochy were friendly, no one could believe what the cat did next for Smoochy and her babies in need!

The story then takes another twist! You don’t want to miss out on what Miss Kitty does next. We are amazed by this cat and her tenacity to understand the world around her. She took her own personal grief and used it to feel true compassion. See for yourself below!