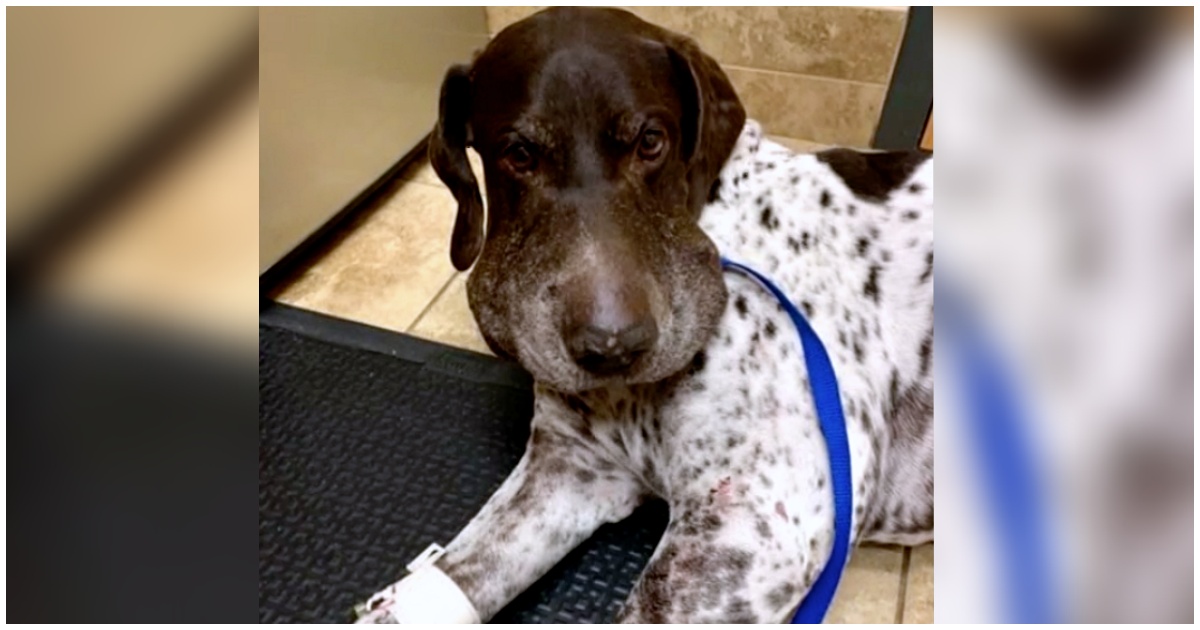 Toad’s owners rushed him to the vet, but unfortunately, the venom had already taken effect and he began bleeding from his lips and gums.

Toad, a German Shorthaired Pointer, was running around outside near his Kuna, Idaho home when he came across a rattlesnake.

The rattlesnake grabbed ahold of him and bit the poor dog five times.

As I approached him, I saw a snake cartwheeling in the air and when I got up to him, I kept him between me and the snake and when I went to grab him, big mistake, there were multiple snakes,” his owner, Fritz Brownell, told KTVB.

Toad’s owners rushed him to the vet, but unfortunately the venom had already taken effect and he began bleeding from his lips and gums.

The vets quickly examined him and saw that he was bit on both sides of his face, as well as multiple times on his front left leg. He immediately swelled up, but vets gave him a dose of anti-venom.

His owners feared he wouldn’t make it, but luckily he pulled through.

As Toad continues to heal, his owners are now warning other pet owners to be aware of their surroundings where rattlesnakes might be.

Idaho Fish and Game says the best thing to do right now is to keep your dogs on a leash while out walking in the foothills or desert.