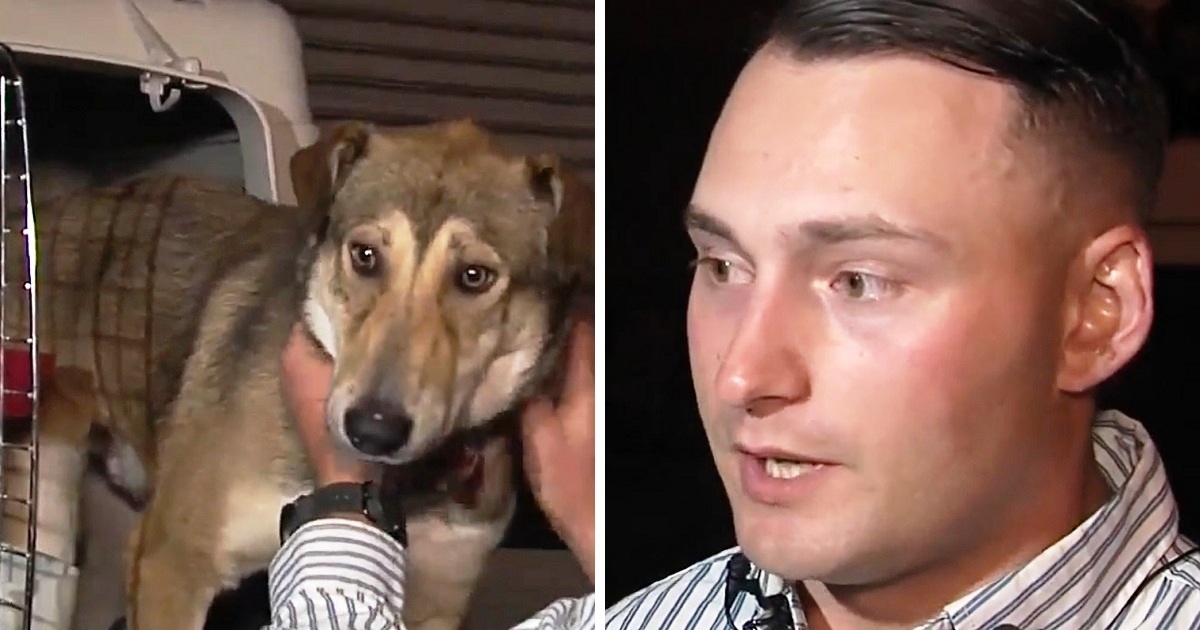 The marine was fulfilling his promise to the dogs, but he was worried if it was too late and they wouldn’t recognize him anymore.

San Diego Marine Captain Watkins had befriended 3 dogs during his tenure in Anbar, Iraq.  He had found Hesco, Wendy, and Rooster as homeless young dogs eating out of trash in the desert. The 3 dogs supported him whole-heartedly and became his source of hope during dark days.

Captain Watkins not only shared his food with the dogs, he also promised to come for them when his tenure was over. So when the marine was finally released from duty, he reached out to SPCA International and Operation Baghdad Pups for further help.

After 4 months of procedural and operational struggles, Captain Watkins was finally able to get the 3 dogs on a plane to San Diego. He was so excited to welcome the dogs and give them a proper home, but he also had a nudging fear that the dogs wouldn’t recognize him anymore.

In this video, we see the precious reunion play out as Captain Watkins opens the crate door and greets the dogs one by one. The dogs seem dazed after the long and tiring journey, and it takes them a while to come to their senses.

The dogs get emotional with joy when they realize that their old friend has kept his promise and scooped them out of their dreadful situation. The finally embrace him and get ready for their true forever home! WOW!

Many people had trouble relating to Captain Watkins for wanting to rescue the dogs from a far-off country. But he feels that the dogs made him feel at home during a bad time, and it was his turn to return the favor! What a touching story!

Click the video below to watch Captain Watkins anxiously waiting to reunite with his dogs at the airport!