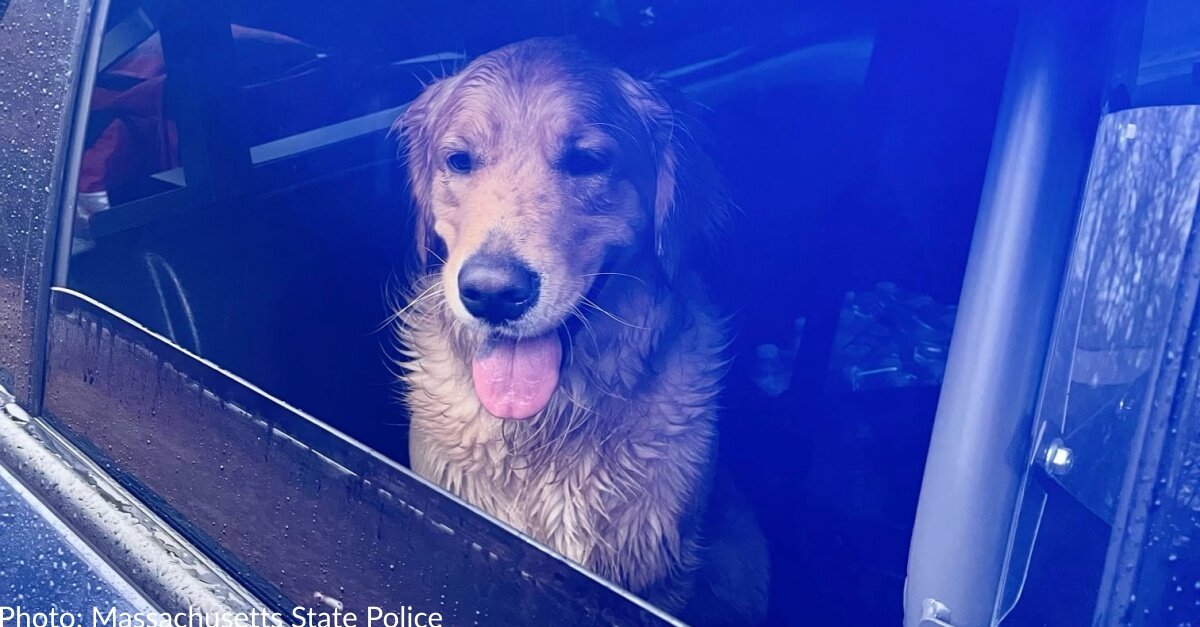 Massachusetts State Trooper, David Phan, was heading home from his Christmas morning shift when he noticed cars swerving around something in the middle of the road.

It was hard to see what the object was through the rain and heavy fog.

As he approached the object, he realized it was a dog and immediately stopped traffic on the busy highway.

Apparently, the frightened dog wouldn’t let anyone get near her and would run off as soon as anyone got close.

Good Samaritans helped Trooper Phan corral the golden retriever. They were finally able to catch her and get her into the police car.

She was soaking wet but appeared unharmed.

Phan discovered the dog’s name was Willow and phoned her concerned family who was out looking for her.

The hero officer drove Willow home to her family in Pembroke, “providing, no doubt, the best Christmas gift they got that day. Nice work, Trooper, and all who helped. We’re very happy Willow made it home safely,” posted Massachusetts State Police on Facebook.

The rescue post spread Christmas cheer to all who read it and many praised Phan for going above and beyond to rescue Willow.

One person wrote, ‘Trooper Phan, thank you for your service, sacrifice and dedication to ALL citizens, human and fur. Your extra effort brought wonderful Christmas joy to a family who will forever know that Santa doesn’t always dress in red and ride in a sleigh. He is, sometimes, in a blue troop uniform and drives a blue cruiser. You truly know the meaning “Protect and Serve”.’

Another said, “Seeing a dog in the middle of traffic is always a nightmare, so glad the trooper and helpers were able to get this beautiful girl safely in the car and back to her family.”