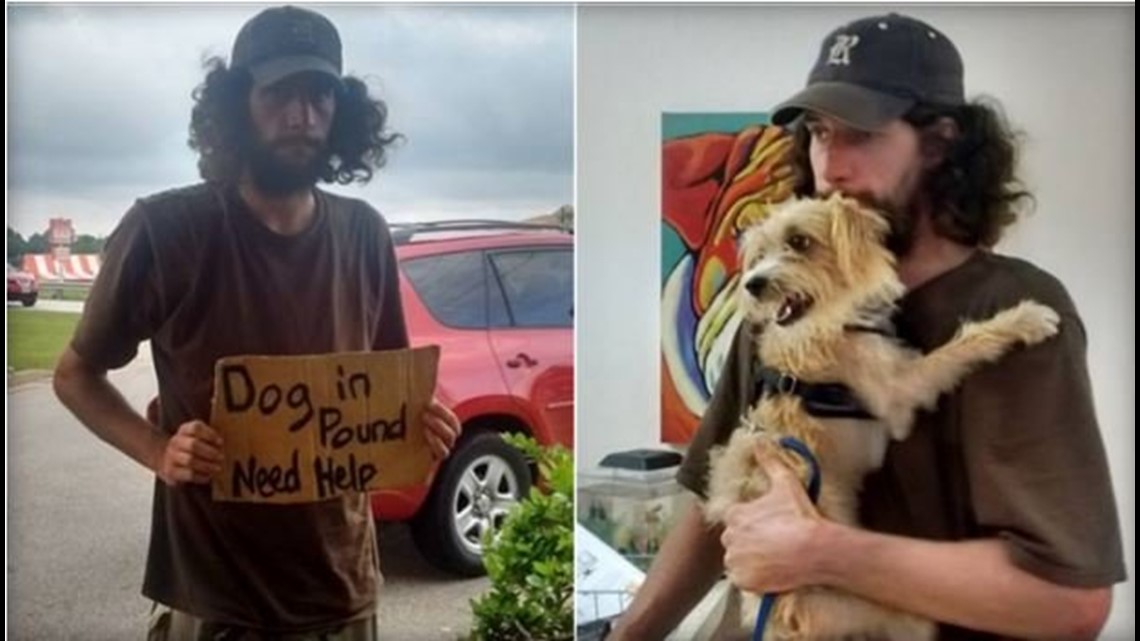 Many homeless individuals own pets in spite of criticism. This is not an article about that. The debate should only exist when a homeless person is putting their pet in harm’s way and most of the time, they are not. They go without so their pet has a steady diet, a warm coat, and adequate shelter. And in many cases, they will stay in a shelter or on a friend’s couch, not because they want to but because they want to do what is best for their furry friend.

Wilma Price, from Houston, Texas, saw a homeless man holding a sign outside of Walmart that read, “Dog in pound, need help.”

Price told People.com: “He seemed like a nice, gentle soul who just happened to have a hard life. The look in his eye was desperation; he looked like a big kid who just lost his puppy.”

When asked what compelled her to help Patrick, Price responded:  “Sometimes just one person would lend a helping hand [and] it would make so much of a difference,” she adds. “I’m a firm believer you don’t judge a book by its cover until you read that book yourself.”