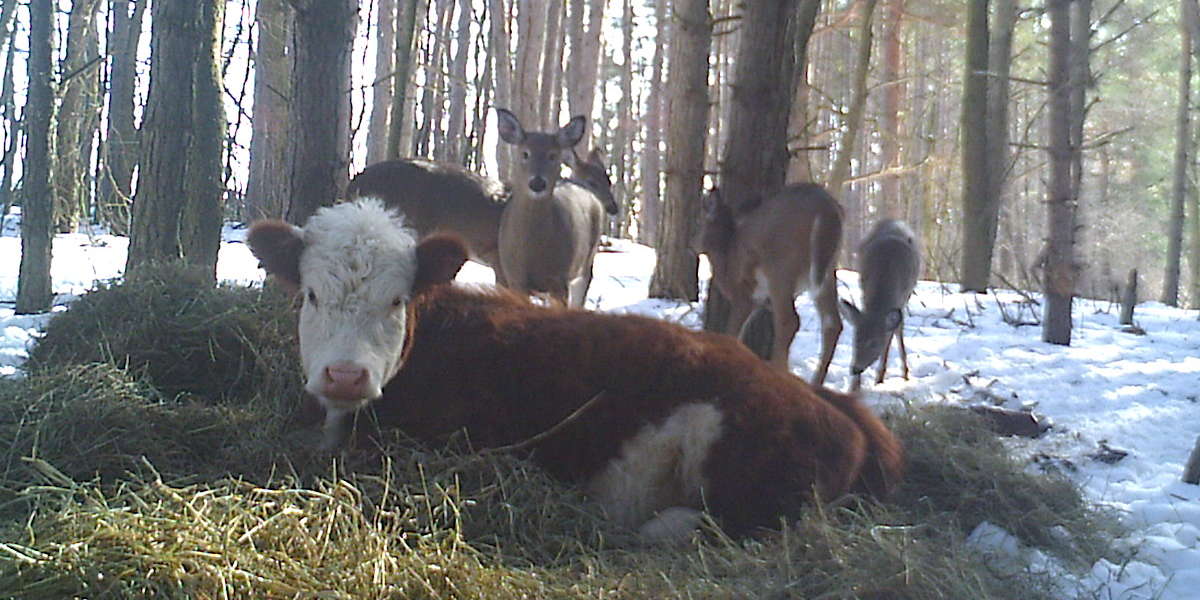 They were shocked when they saw how Bonnie had survived.

Bonnie the cow was only 4-months old when she fled into the woods after she saw her family and herd get rounded up for slaughter. The scared calf remained hidden in the New York woods where she was looked after by a family of wild deer!

“Since she had lost her first family (and cattle are herd animals), the deer helped Bonnie survive and accepted her as their own — eating, sleeping and running together!” Meredith Turner-Smith, media relations specialist for Farm Sanctuary, told The Dodo. “Like a deer, this ‘bovine Bambi’ would disappear into the forest whenever people appeared.”

People in the area were divided on what to do – some wanted to hunt her while others wanted to save her.

But a kind neighbor made sure the elusive cow had hay and enough food to survive the harsh winter weather. After 8 months of living in the woods, everyone agreed Bonnie would be better off on a farm.

The kindly woman who had been looking after her called Farm Sanctuary, who agreed to take Bonnie and they worked for several weeks to safely capture her. Now Bonnie will spend the rest of her days among her own kind.