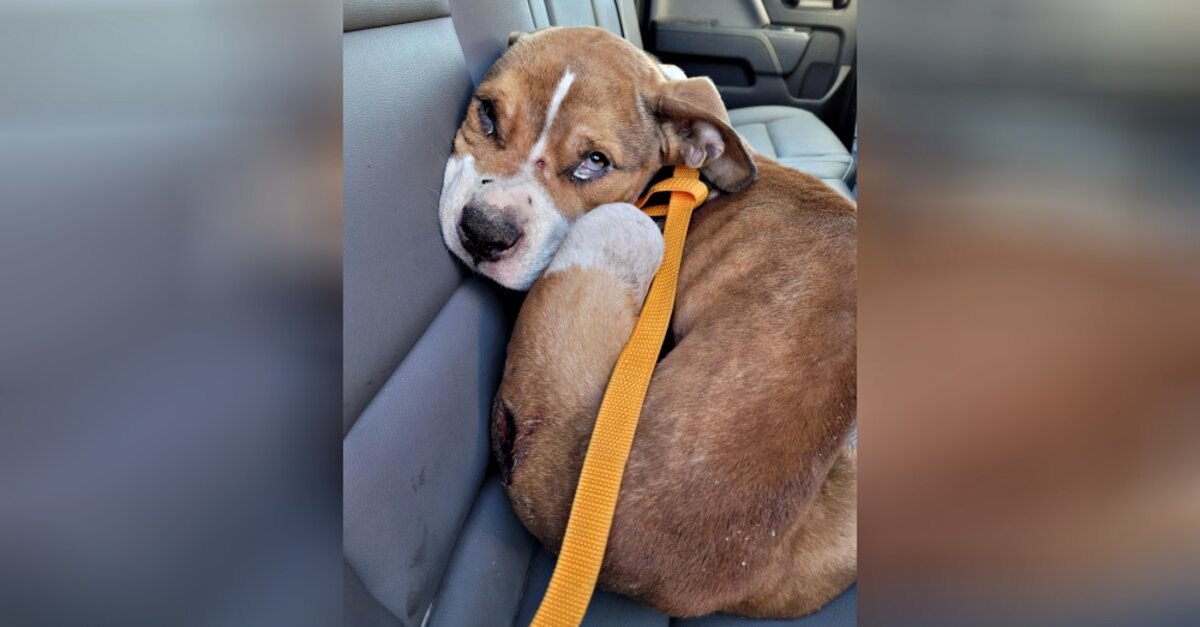 Two dogs are recovering at Niagara County SPCA after being seized from abusive home.

Niagara Falls Police Department responded to an anonymous call about two dogs in a backyard that appeared to be “in ro.ugh condition.”

One of the dogs was a six-month-old puppy, now called Hemi, and the other was a female pit bull mix known as Foreign.

Officer Jimmy Tucci noticed both dogs were having trouble walking and in desperate need of rescuing.

Even though both dogs were mi.strea.ted and ne.gle.cted, they are sweet as can be.

Hemi is being spoiled by the staff with tons of attention and love and is expected to make a full recovery. They announced in a recent update video that once Hemi fully recovers he has a forever home waiting.

Tucci reached out to the shelter to see how Hemi was doing and scheduled a meet and greet with the couple’s dog Manny. The shelter shared the great news by saying, “The responding officer is going to be adopting him and we are very, very excited about that.”

WKBW reports that a local sheriff is adopting the sweet girl.

People praised the officer for rescuing the dogs and adopting. They also thanked the anonymous caller and everyone who is caring for the sweet pups.

Disgraceful doing that to that po.or dog I hope they got jai.led for what they done there’s far to much of this inh.uma.ne act on dogs I am so so glad it’s been rescued and getting cared for now ❤️

Thank you to the officer for rescuing Hemi and Foreign,so glad they are recovering and got adopted.

Please ‘SHARE’ to pass on this story to a friend or family member.