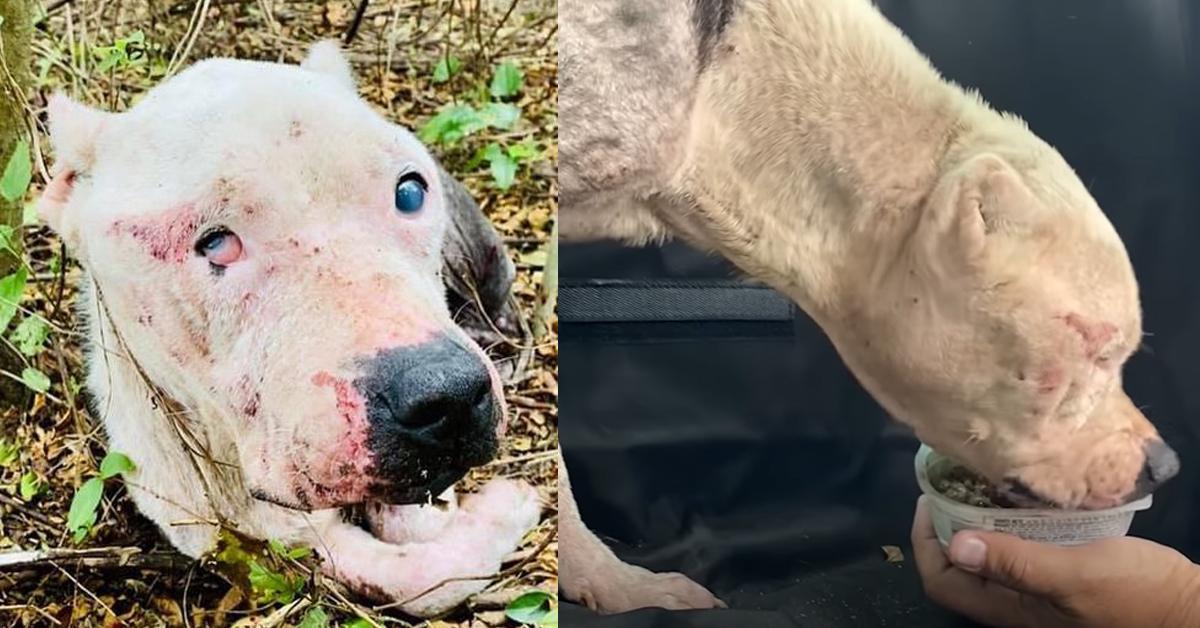 She was found starving as she couldn’t feed herself, Now can’t stop giving hugs 🥰

I hope whomever dumped this precious creature enjoys that special place in hell that is being prepared for them!

It is so heartbreaking to see animals being abandoned and abu.sed as they have emotions and feelings just like humans. But sometimes, witnessing the acts could let people save those animals!

That’s what happened in this story as an abandoned pit bull, who was in bad shape, was found in the forest by rescuers.

The poor dog curled up hoping to stay alive as she was all skin and bones! There is no doubt that she would have died if she stayed in the street like this.

The rescuers took her immediately hoping they could give her a second chance in life. The dog, who was named Halo, showed signs of bravery to stay alive.

Being blind did not stop Halo from trying to get stronger and better every day. The most heartwarming moment when she got ice cream cones from McDonald’s. How adorable!

Lucky Dog Refuge took Halo in until they found her a forever home.

Pray that she will find a wonderful home with wonderful humans who will love her like she deserves.❤️❤️❤️