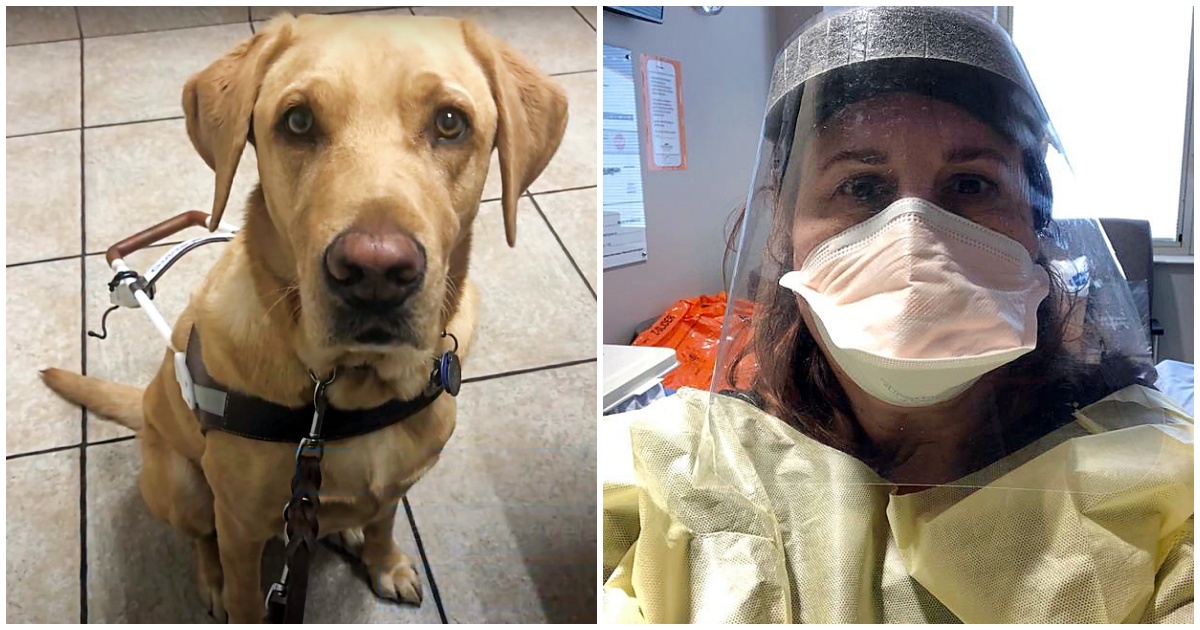 A veteran who is blind was admitted to a hospital, but thankfully was still able to have his yellow Labrador Retriever guide dog by his side.

Vietnam veteran Joe Tasby, who is blind, was admitted to a Nevada hospital in March, but thankfully was still able to have his yellow Labrador Retriever guide dog, Cupid, by his side.

When Tasby arrived at HCA Healthcare’s Southern Hills Hospital in Las Vegas, he only expected to be there for a few days.

But his lung disease and heart arrhythmia kept him in for longer. Initially, Tasby’s daughter Tiffini visited him often to keep him company and to feed and walk Cupid, but once the hospital went into lockdown due to the coronavirus pandemic, everything changed.

Tasby was no longer able to have visitors, so his daughter was unable to come and care for Cupid. Tasby worried how he would care for his furry best friend during the remainder of their hospital stay.

That’s when a nurse named Barbara Borbeck stepped up to care for both Tasby and Cupid.

For the next three weeks, Borbeck, who is the hospital’s medical-surgical and telemetry director, helped out immensely with Cupid and put Tasby’s worries at ease.

Every morning, she would take him for a walk around the hospital as she did her rounds, brought him outside for fresh air and exercise, and always made sure he had enough food and treats.

Cupid loved Borbeck and waited at the door for her each morning, greeting her with a big smile and wagging tail.

“He really took to her,” Borbeck told CBS News. “Sometimes I would see him jumping up and down, and so excited and happy to see her. He can usually tell if people have good spirit and no doubt, Barbara has a great spirit.”

But Borbeck’s care went far beyond the hospital. She went to nine different stores in the area just to find Cupid’s special food when he ran out. She wound up driving 40 minutes to a store before her shift in order to get the food from a store that had it in stock.

While Borbeck helped care for Cupid, Cupid also helped hospital staff feel better during this very difficult time. As Borbeck brought Cupid with her during her rounds, they visited different departments so they could love on him.

After nearly three weeks at the hospital, Tasby finally got the “ok” to discharge from the hospital. Borbeck walked him and Cupid to their car and said their goodbyes.

“I left there thinking, ‘I have to find some kind of way to show this lady how much I appreciate what she’s done for us through a difficult time,’” Tasby told CBS News. “It’s fortunate when you meet somebody who is in the right place, at the right time, doing the right thing. And that is Barbara.”