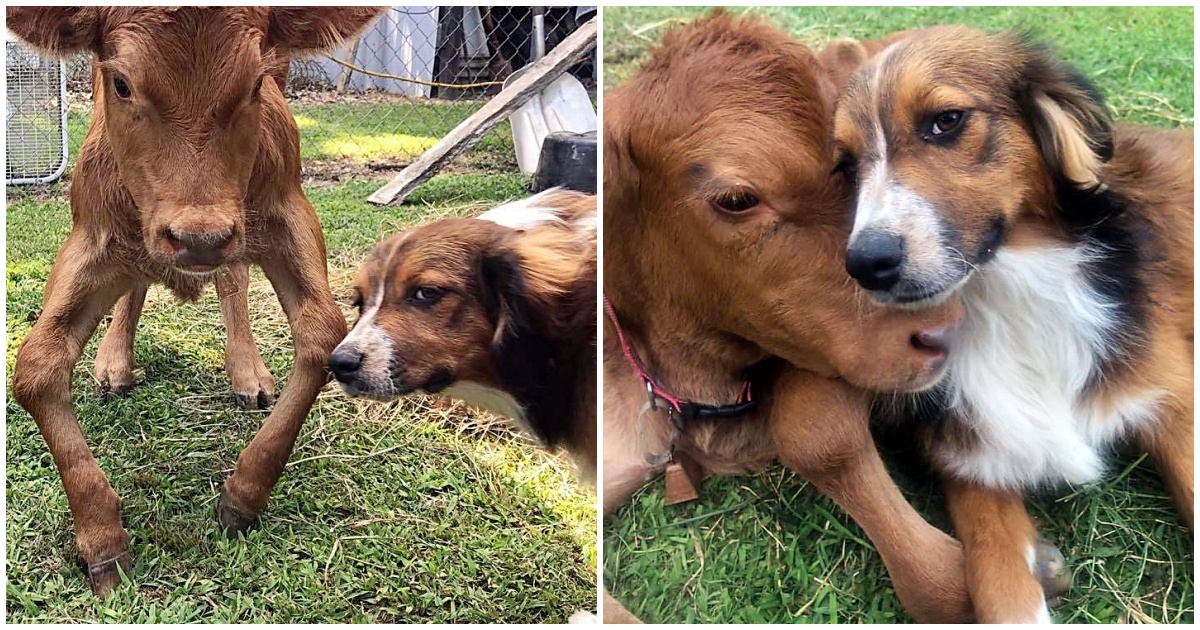 Bo the cattle dog took a liking to Cupcake and began to care for her. The two of them grew to be inseparable.

Cupcake the calf was born with a disability that caused her legs to be bowed and turned out. Her back legs were also crooked, but luckily they straightened up.

Genia Kay Meyer wound up taking Cupcake in when she was five weeks old. She and her husband, Tim, became her caretakers, and would bottle-feed her daily.

But Cupcake gained a third caretaker as well, except this one is not one you’d expect.

Meyer’s dog, Bo, took a liking to Cupcake and began to care for her. The two of them grew to be inseparable, and now Bo stays by her side 24/7.

When Cupcake first arrived and began drinking from her bottle, Bo would lick up all the milk off her face and groom her as if she were his baby.

Bo was meant to be Tim’s new cattle dog, but every time Bo went on the truck, he would get sick.

While Bo was unable to be a cattle dog, he has definitely found his calling.

Bo and Cupcake love cuddling and playing together, and Bo is very protective of Cupcake.

Meyer is currently raising money for an operation that may or may not work for Cupcake. Her tendons may be able to be cut and fixed, but the family still has to speak with vets to figure out the best way to go about it.

Regardless, Bo and Cupcake are making the most of whatever time they have together, and their owners are trying to give Cupcake the best quality of life possible as long as she’s with them.