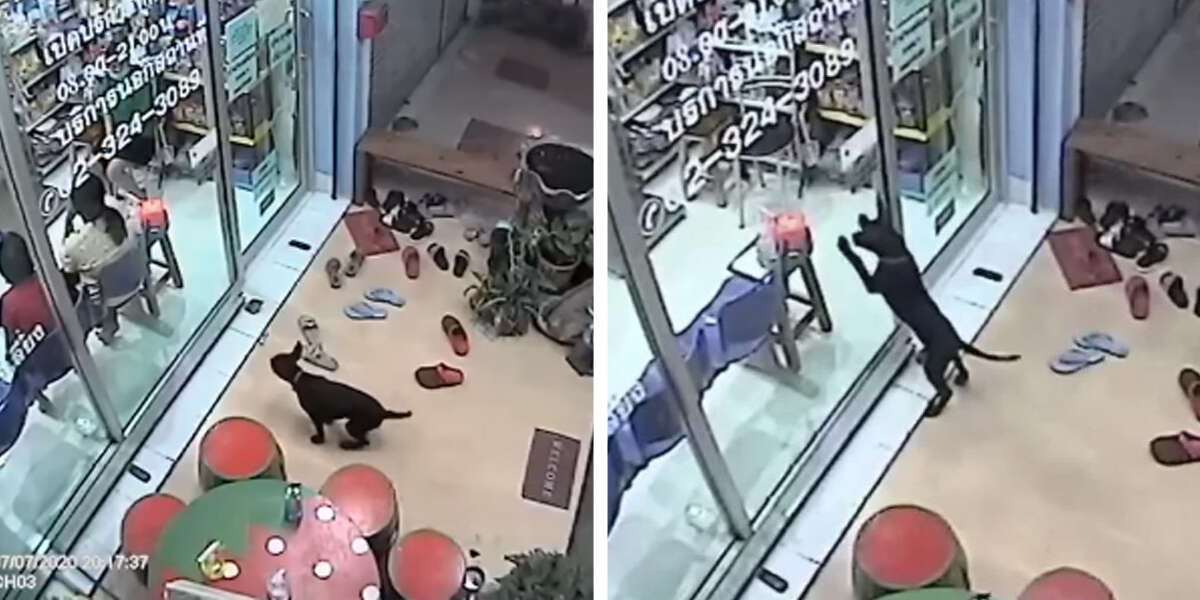 This lost dog was not able to get home on his own, but he was smart enough to head toward his vet’s office for help.

A five-month-old puppy in Thailand wandered away from home and couldn’t find his way back.

Although he was lost and not able to get home on his own, he was smart enough to head toward his vet’s office for help.

The Putahracsa Veterinary Clinic in Bang Pu posted surveillance video of the pup strolling up to their doorstep. He waited in front and barked, then put his paws up on the door until someone finally let him inside.

The dog had been going to this vet clinic for check-ups and receiving his vaccinations there for the past five months, so he definitely recognized it and knew it would be a safe place for him.

Once they noticed the pup, they opened up the door for him and let him inside.

Luckily, they recognized him immediately as one of their patients, and contacted his owner, who were relieved to hear that he was found and safe.

After 15 hours apart, the owner and dog were thrilled to be reunited again.

Watch the little dog make his way to his vet’s office in the video below: