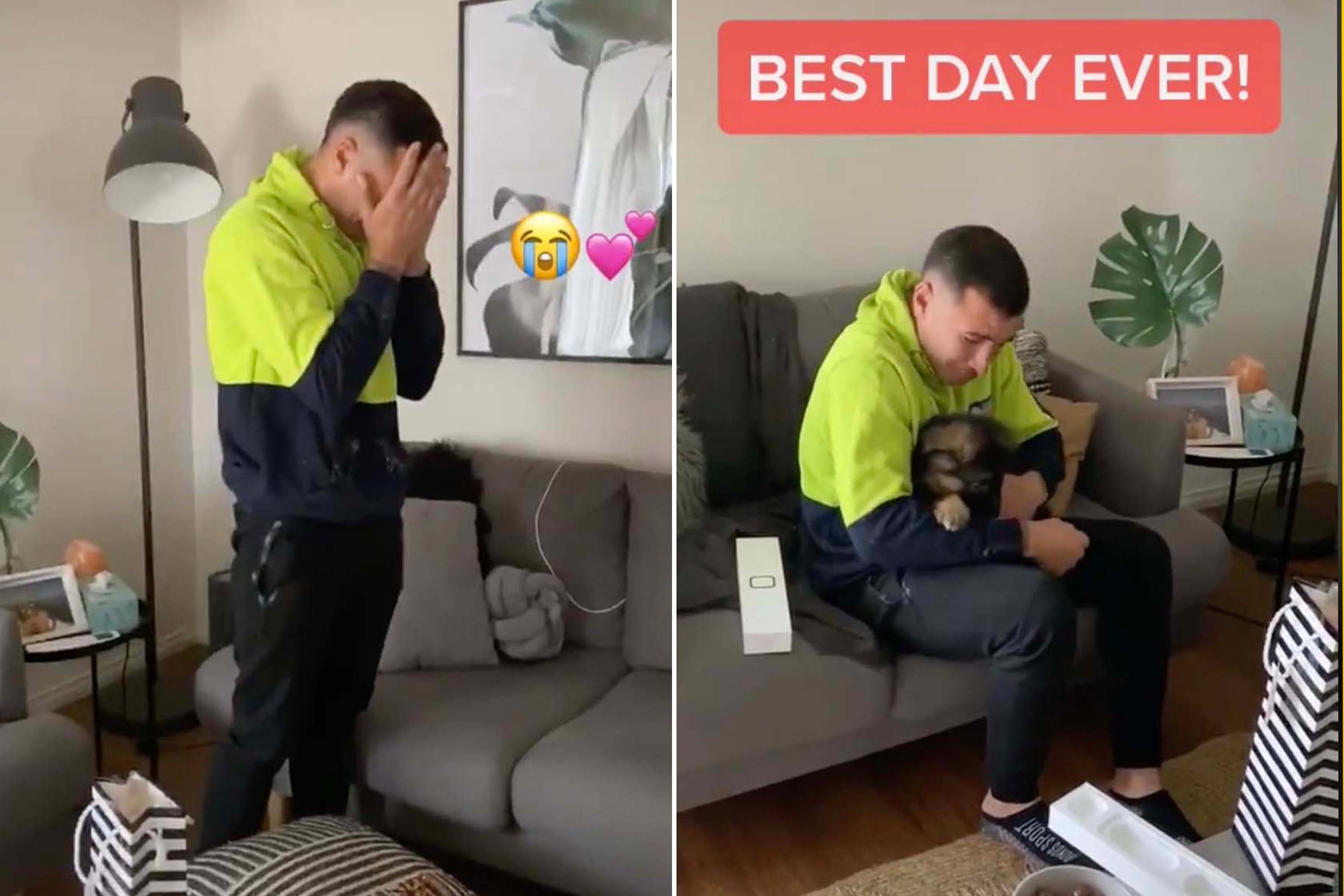 Totos burst into tears and couldn’t contain his excitement when he realized that his birthday gift was a fluffy German Shepherd puppy.

Daniel Totos, of Australia, received a present from his wife, Ashley, for his 25th birthday.

When he opened the box, he initially thought it was a fancy watch, but then discovered that it was a collar. Confused, he held the collar up, trying to figure out why his wife bought him this as a gift.

It finally clicked once he saw his wife walk into the room holding an adorable German Shepherd puppy.

Totos burst into tears and couldn’t contain his excitement when he realized that his birthday gift was a fluffy pup. His eyes lit up as the puppy got closer, and he was finally able to hold him in his arms.

Ashley couldn’t help but cry as well after seeing how emotional Dan got. After giving her the wedding of her dreams, she knew he deserved something very special for his birthday this year.

Totos has been wanting a puppy for a while now, since his last dog sadly passed away five years ago. His thoughtful wife finally made his wish come true!

Luckily, their friends were able to capture the moment on video, which has been watched more than 3.6 million times on TikTok.

Watch this heartwarming surprise in the video below.