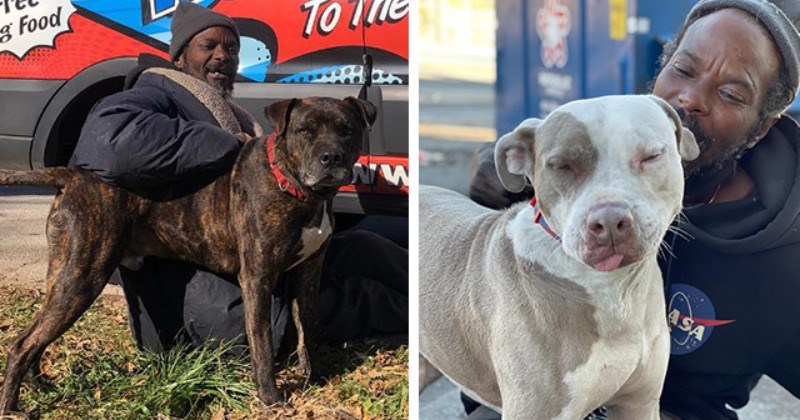 A homeless man risked it all when he saw an animal shelter go up in flames entering the building to save the six dogs and 10 cats inside.

A homeless man risked it all when he saw an Atlanta animal shelter go up in flames entering the fiery building to save the six dogs and 10 cats inside. Keith Walker is now being hailed a hero for rescuing the animals who were trapped inside with their time ticking away.

Keith, 53, said, “I was really scared to go in there with all that smoke. But God put me there to save those animals.”

The fire started in the kitchen of the W-Underdogs shelter leaving the building, while not completely destroyed, uninhabitable. But luckily, they were getting ready to move into their new facility in Atlanta in a week.

W-Underdogs founder, Gracie Hamlin, knows Keith Walker because he has a pit bull named Bravo and lets him sleep in the shelter every night. And because Keith was on his way to the shelter to pick up Bravo, he was able to see the flames and save the animals’ lives.