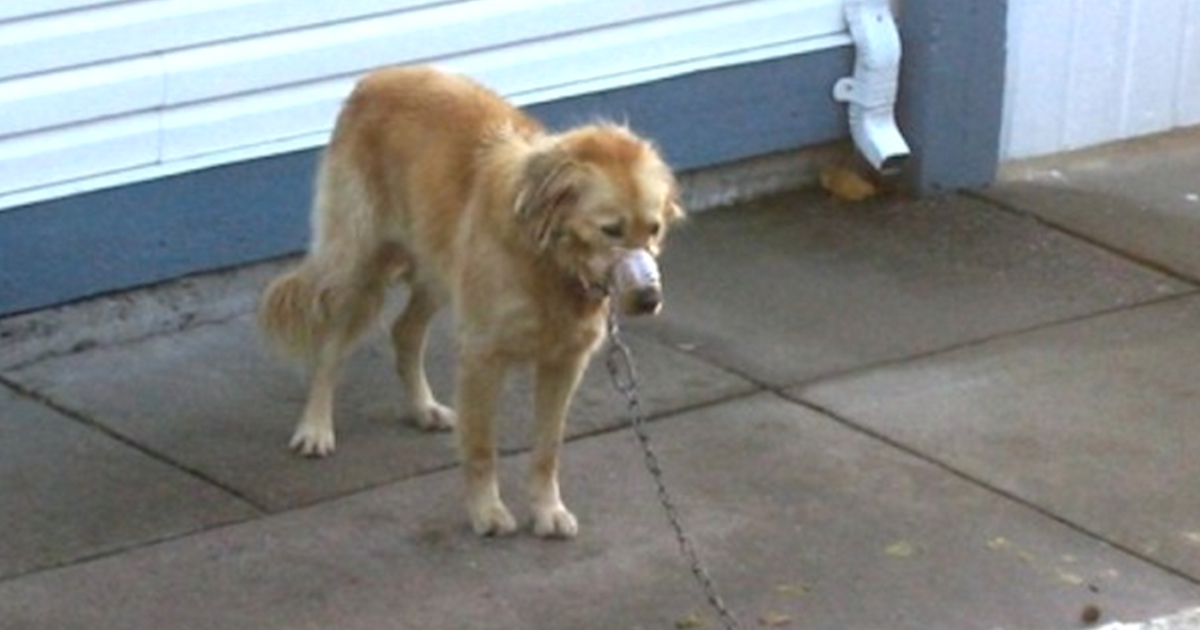 Next door, a dog is chained up and muzzled all day outside. The neighbors tried calling the police, but nothing was done.

Next door, a dog was being neglected at all hours of the day chained up outside. And for whatever reason, they kept a muzzle on him too. The neighbors tried calling the police, but nothing was done. They tried and tried and waited around, but no more. One day they had enough, so the kind people jumped the fence and took action!

The nameless pup never received any affection and was forgotten about.

He was alone at all times…

All he had was the concrete to sleep on.

The dog would try to bark and cry out for help.

Fortunately, the neighbors took notice. But the town did nothing to help.

So they took it upon themselves to save the dog. They named him Alfie, and this is his new dad!

No more concrete and muzzles. Only wide-open spaces and affection.

No restrictions or neglect, just love and fun!

And lots of toys!

With this new life and new family came a doggy sibling to share moments with.

Alfie would get to see and do things he never knew existed.

Freedom and happiness. Every dog is deserving.

It may have been a sad beginning for Alfie, but he sure ended up in the right hands! Kudos to these kind people for taking action and doing the right thing. 🙂