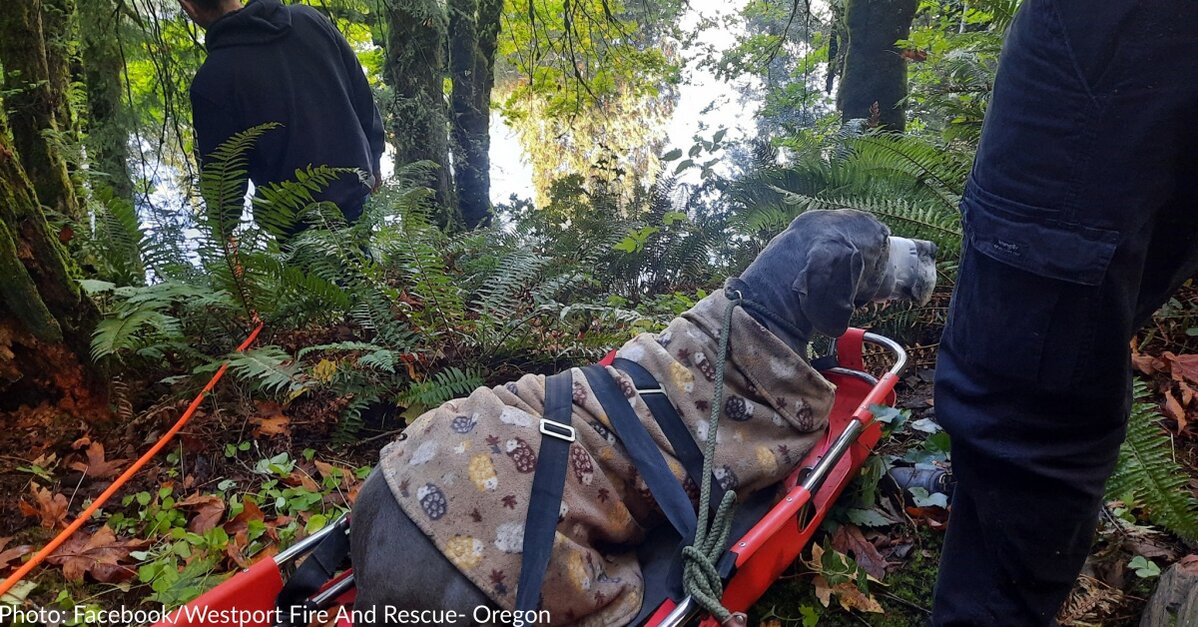 The 10-year-old dog was missing for nearly two days before she was found.

A 10-year-old Great Dane named Presley is at home recovering thanks to Westport Fire and Rescue.

The senior dog went outside with her owner, Susan Clark, last Sunday and disappeared. Clark told KPTV, “I turned around and said come on and said come on Presley and she was gone, vanished!”

Clark looked everywhere for her beloved dog but couldn’t find her. The 100-pound dog was missing for nearly two days before a neighbor spotted her at the bottom of an embankment.

Presley apparently slipped down the steep embankment and severely injured herself. Clark immediately called Westport Fire and Rescue for help.

“Her injury prevented her from making her way back up the 60 foot steep bank,” reported the fire department.

They informed Clark that they “do not routinely rescue dogs, but they would contact the on-duty chief. It was that chief who decided that we would at least go take a look and see what we could do.”

The rescue crew arrived with a stretcher and ropes and 45 minutes later carefully lifted Presley to safety. She was loaded into Clark’s vehicle and brought to an emergency hospital.

Presley is now recovering at home and her mom says she is “doing awesome! No broken bones, just sore and tired and starving. She was dehydrated and the vet gave her fluids under the skin.”

Clark expressed her gratitude to the fire department by commenting on their post. “The Westport Fire and Rescue team is amazing! I can’t thank them enough for rescuing my beautiful Presley! I am forever grateful for everything they have done for her and my family. Thank you will be never enough!”