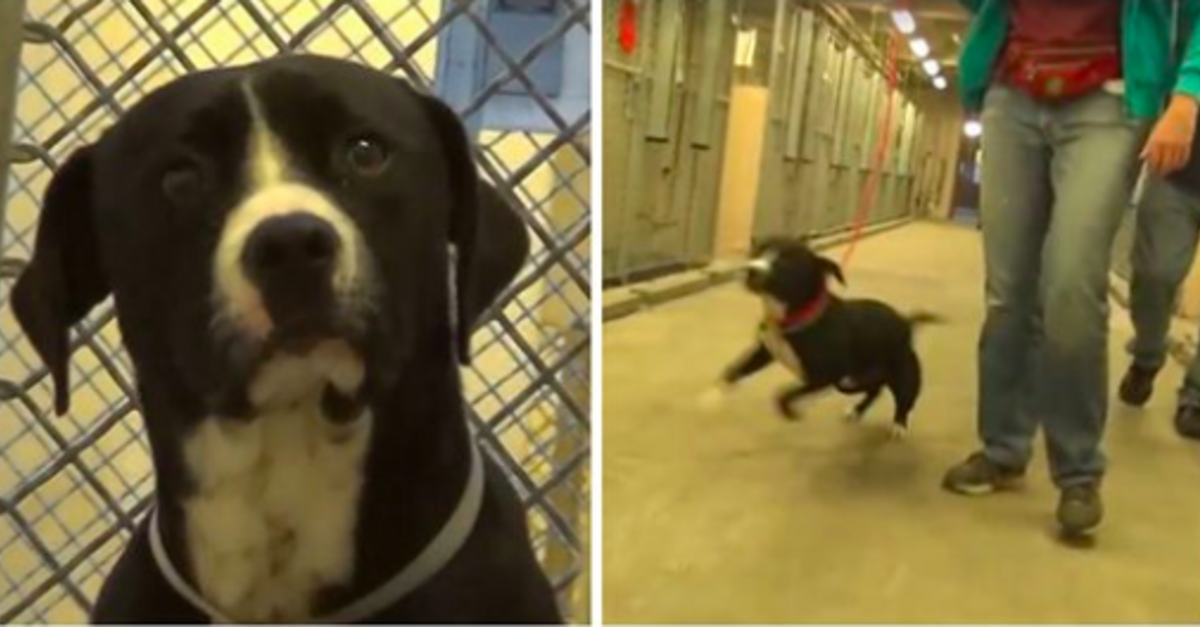 At first, Benny seems a little cautious. However, the moment he realized that he had been adopted, his tail began to wag non-stop.Xem bản dịch

There is a video of a rescue dog from the Carson Shelter in Gardena, California, that will undoubtedly have you crying if you have a soft spot for animals in need.

Staff at the Carson Shelter videotaped the moment that a pitbull “realized” he was getting adopted – and the precious reaction definitely pulls at your heartstrings.

The pitbull, who is named Benny, first came into the Carson Animal Care Center when he was only eight months old. However, Benny’s luck turned around when a family came in and decided to adopt him. The anonymous family provided him a forever home, and the moment that Benny walked out of his kennel to freedom was a sweet one that was caught on camera by staff members.

The Saving Carson Shelter Dogs accompanied the heartwarming video with the caption, “This special little guy captured the hearts of everyone who stopped by his kennel. He hit the jackpot when this beautiful family chose to take him home. Thanks for all you SHARING, checkout his FREEDOM WALK filled with lots of jumps and tail wagging! Happy life sweet BENNY.”

At first, Benny seems a little cautious. However, the moment he realized that he had been adopted, his tail began to wag non-stop. And to add to the happiness of the moment, Benny then began to repeatedly jump for joy.

The tear-jerking video has since been viewed more than 5.3 million times on Facebook. It has also gotten over 3.4 comments – many of which are from people wishing Benny all the best in his new home or thanking his new family for taking him in.

There were also plenty of people who took the time to reiterate the importance of adoption – which, after seeing the video, makes a very powerful case for it.